At the End of the Tunnel #1 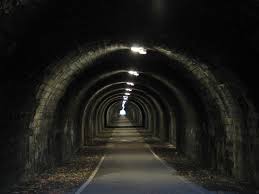 Those were some of the bridal songs rendered back to back by the iyawo’les of Adewale’s family on the day they came to marry me for their son, Adewale.  Adewale was my heartbeat until things took different turn. He was a devoted and caring husband who would do anything to make me comfortable. He was my adorable.

I remember the first day we met,he was such a good looking man. Oh, he was a sight to behold in the fitted disco shirt and trousers he had on. He was ebony with toned muscles visible enough to see. He had a scythe -shaped eyebrows. His Roman nose and half-dome cheekbones sat above an oaken jaw. His wrestler’s shoulders were part of his burly physique. He walked with a tiger like tread. His derring-do personality and bass voice were a big part of his character.  Who wouldn’t notice such a man? He had a sparkling white set of teeth. They were so heavenly and shone brightly on his dark frame that you would almost use them as mirror. I was instantly drawn to him.

It was in the year 1978 that I met him during one of those festivals celebrated annually in our little town in Ondo State. He had come home from Ibadan for the festive period while I came in from Lagos. We were all at a after party organized by one of the age groups to celebrate those of us in the diasporas.  He was in the company of friends most of whom came home for the same purpose. The whole of our town was agog. And who would miss such a gathering? It gave everyone the opportunity to mingle and possibly find love. A good number of people had met their spouses there in the past years.

I noticed him or should I say he noticed me the moment I walked into the venue of the said party in the company of my friends.  And the moment I caught him starring at me, I said wow, this man’s so cute. He was incredibly good looking.

I was barely seated at the event when he walked to where I sat with my friends and requested to have a talk with me, and of course privately. I didn’t hesitate to oblige him; after all I have been waiting for that moment. I could feel my friends’ curious minds on me as I stood up and followed him. That was how we got talking and he ended up escorting me to our house when common sense finally took charge. We had talked for hours without knowing. He was a smooth talker and he seemed to know a bit of everything. I felt like I had known him all my life.  I really didn’t want the night to end. I forgot totally about my friends.

When we finally got to our house,he held my hands and whispered the three words that could met the strongest heart,”I Love You.” Just like that? I asked him. There’s no point in hiding or postponing how I feel about you, he replied. I was lost for words and became shy instantly. So many thoughts ran through my mind at the same time. My mind became muddled up. “Say something, he interrupted my thoughts. Adewale, this is all strange to me seeing that we just met today was all I could say when I finally found my voice.” Okay,I will give you some time to think this through . Thank God we are both going to be around for a while.” He said. He kissed me slightly on the lips, promised to see me on the next day and bade me goodnight.

I felt like not letting him go. And it became worst when I got into my room and felt empty and lonely as if something valuable has just been taken away from me. I really wish I could go after him.” Abimbola,what is wrong with you?” I asked myself because I couldn’t believe why I was feeling that way about a total stranger. It was as if I was suddenly becoming crazy because it was just difficult to get him out of my mind. I practically dreamt about him and about us all through the night.

He came to see me on the evening of the following day as promised. I had been waiting to see him since I woke up at dawn. I barely slept in the night. The thought of him took away every iota of sleep from my eyes. He asked me to go change into another dress as we were going to a party organized by the Oba’s son of their town. Only the ‘big boys’ were invited to the party. And they were to come with their ‘big girls’. I hurried back into the house and changed.

The outing was far away from what a first date should look like. It was as if we’ve been together for ages. He treated me like a queen. I was on top of the world. The feeling was mutual. He would look at me and smile and my eyes would not stop blushing. Through all our exchanges, I knew he was mine already. He made his intention known that night. Yes, he asked me to marry him. And guess what my answer was? I said a capital yes as if on cue. And that instant, his luscious lips crashed on mine and proceeded to explore my mouth. He tasted so sweet and delicious.

He came with his family to officially ask for my hand in marriage. My family raised no objection to their proposal. His family was well known in our town and the surrounding ones. The traditional marriage came up four months after. It was such a great and memorable day. I was clothed in the finest aso oke that was in vogue at the time. And the Iyawo iles(housewives) in our family had adorned my body with beautiful drawings that you call tattoo now in different patterns and colours. I knew I was gorgeous without being told.  I couldn’t wait to be joined to him as a wife.

The marriage ceremony was held in our compound. And a great number of dignitaries were in attendance. His father was a chief in their town. Adewale looked like royalty in his agbada and sokoto made from aso oke. This is a perfect match, I kept on repeating that in my mind. The ceremony seemed to be taking too much time because we both couldn’t wait to leave to be alone together. I couldn’t wait for his touches and the coming together of our bodies. We have bottled so much in us and were at the verge of exploding.

It was a great relief when the party was finally brought to a close and I was led amidst singing and dancing to my husband’s house where I was welcomed according to traditions. His family had organized another party and the whole town was in frenzy. By the time we finally retired for the night into the confines of his room which had been decorated with different paintings and carvings, I felt like I was in paradise.

My name is Abimbola. I am a mother and a grandmother. Welcome on board as I take you through the story of my life. It’s going to be a long but interesting ride. What is at the end of the tunnel? You need to find out.
To be continued.
Your comments bring out the beauty of our stories. Leave some letters in the comment box below . You can also share the good tidings using the share buttons below.