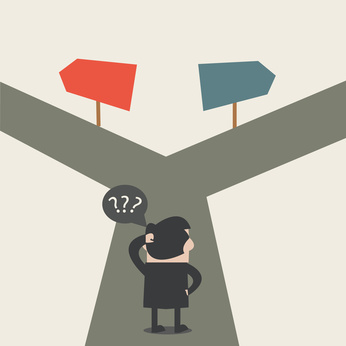 It was in August 2015 when I started having mind bugling feelings. It had started one morning when I was in the kitchen preparing a meal of scrambled egg and tea for the family and the nauseous feeling seared through me. I rushed to the bathroom to ease my tummy. I didn’t ascribe any meaning to it because I thought it could have been the onions.

Being an experienced mother of four and nursing a three-month old baby  then ,I was quite sure that the feelings and changes I noticed in my body pointes to only one thing ,pregnancy. Could this be true? What if it is ,what would I do? Abortion? I asked myself rhetorically on daily basis. If this turns out to be pregnancy,how would I cope with the shame of walking around with a three month old baby and another one right there in my tummy? My mother in law would be justified having said several times that all I knew to do was to open my legs for a man and rear babies like a chicken. What would my boss and colleagues at work say about me owing to the fact that I was at the verge of resuming work from my three month maternity leave? My boss would be so mad at me having warned me severally to stop giving birth or put my job as the administrative officer of the company. “The company can no longer tolerate the way you get pregnant and give birth every year. It is not good for our business. So, it is either you stop giving birth or resign your appointment.” Those were his exact words.

God ,let it not turn out to be a pregnancy or better still,let it let it flush out itself. Those were my silent prayers as I laid down on the bed in our matrimonial bed. My husband and the kids had all gone out for the day. I was home alone with baby Elizabeth. I broke down in the room and wept like a baby. I was still weeping profusely when my children were brought home y the school bus. Seeing me in tears,the three of them burst in to tears on entering the house. It was so strange to them to see mummy cry. There was always a smile plastered on my face for everyone. So ,they thought something terrible must have happened to mummy.

We were still in our celebration of tears when my husband arrived from work. Baby,I’m home! he called ,expecting the usual hearty welcome. He was confused when he saw my tear stained face and those of the children. I could see how tensed and restless he became immediately. Baby, whats wrong? You know you can always talk to me, he urged me,but I didn’t say a word. How would I tell him that I am expecting another child?  When I finally find my voice,all I could say was to tell him to take me to the hospital. He didn’t ask any question,he just put a call through to my sister that lived with us to rush home to look after the children.

At the hospital,he stayed at the reception while I met with the doctor and urgently requested for a pregnancy test. Shortly after the test was conducted,the doctor ,being a family friend and knowing how disturbed I could get,told my husband to take me home so that I can rest while he mailed the result of the test to him. Although  I protested , he maintained his stand that I needed to rest.

With the pregnancy later confirmed,I became more confused. I had waited on the Lord ten years after my wedding before having my first child. It was indeed a turbulent time for me. I visited almost all the spiritualist in Ibadan,who I was told could cure me of my childlessness. What did I not do before god finally answered my prayers and took away my shame and reproach? Won’t I rather bear the shame of nursing a three- month old baby while pregnant with another rather than aborting the baby and become a murderer? Right there and then with the support and loving words from my husband,I decided to keep the baby. What is this shame compare to the one you endured during our years of childlessness? He had said.

A few days later,I resumed work . I had walked into my boss’ office after putting my things in my own office and exchanged pleasantries with some of my colleagues who had trooped into my office to welcome me back to work. And the unexpected happened. I felt nausea the moment I stepped into her office ,perhaps because of the meal I met before her. I quickly excused myself to use the restroom . I came back to meet her standing,she had left her food. I was shocked to hear the question that greeted me. Mrs. Frank, this may sound embarrassing seeing that you just resumed from your maternity leave,are you pregnant again? She asked with searching eyes roaming my entire body as if she was practically running a scan to confirm my status. I was still thinking about the answer to give her when she reeled out another question. Why are you throwing up? At that instant,my head dropped and my body was shaking in total confusion . Mrs. Frank,do you mean you resumed work from the three- month maternity leave with another pregnancy after all my warning and counsel that you stop at your last baby? You have to get rid of that pregnancy or bid your job goodbye! He said with a tone of finality.

I almost collapse at that juncture ,but summoned courage and left his office. All my colleagues that I talked to advised that I went for an abortion but I was quick to spurn at their advice, choosing to keep my baby.  The following day,my boss summoned me to her office again and asked if I had terminated the pregnancy. But I told her that I had decided to keep it,even if it means losing my job. He served me a termination letter before the close of work that day and I accepted it in good faith,trusting God to make a way.
Five months after I was delivered of a bouncing baby boy ,which turned out to be the only male child I and my husband had,I got another appointment with a salary four times higher than the previous. My husband also got me two househelps who worked interchangeably to help with the kids and house chores.Thank God i took that bold step. I don't think I would have been able to live with the guilt that I murdered my own child because of my career.