DISCLAIMER:This is to formally announce that #Sexfied is BASICALLY AND STRICTLY for people who are of age(18+). READERS DISCRETION IS ADVISED. It is not to promote porns or sexual immorality. It is to correct misconceptions about sex and enlightens about sex. PLEASE BE GUIDED. Thank You.

Today is another Sexified Wednesday. Are you ready to get sexified? And to all the sexified people wey send mail,una do well ooooooo. But una go do wella wen you put am for comment box.

Still on the matter of defining sex o using the acronyms, I will be talking about the connection between sex and energy using the second letter of the word 'sex' itself. 'E' for Energy. Enjoy the ride.

From my knowledge of elementary science, energy is described as the ability to do work. It is also the ability to exert effort for the accomplishment of a task. It is that one thing that must be transferred to an object in order to perform work and can be converted in form,but not created or destroyed.  The Thesaurus online dictionary defines energy as the capacity for vigorous activity; using the available power to perform a task.

Synonyms for energy: Vigor,drive,effectiveness,fortitude,muscle,stamina,strength,zeal,virility and toughness . 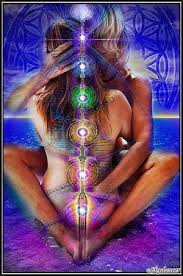 Energy is required by all living things to live and function. It is the force that drives live.  Energy is in different forms and each of them has their mode of formation and usage. And from what I know, I think the type of energy used during sex is the heat energy. Heat energy is that type of energy that is transferred from one body to another which stems from natural feeling without external constraints through bodily contact. And since our body contains heat energy, it can warm an object when it is held for a long time and can also make someone else warm when you hug them. And not only by giving a hug, but also during sexual intercourse. Have you ever had sex when you are cold and it seems like you are going to die from the cold? What was the outcome? Warmth I guess. And it looks like your partner has a burning fire inside of him or her which they deposited in you to melt the cold.

The desire for sex is the most powerful of human desires. When a man and a woman come together for the sole aim of having a good time with sexual intercourse,a good amount of energy is exchanged . When a man comes in contact with a woman sexually and he ejaculates,he releases a part of himself into the woman which she in turn recycles to either another human,bodily required nutrients or both.

It is not uncommon to see women clean up after sex because they do not want to get pregnant. But when she doesn’t,his energy stays inside of her and creates an unbreakable bond between the duo. Ever wonder why you are addicted to someone after having sex with them? Even those that have sex as a means of livelihood do have that one client they always want to hang out with because he possesses and gives that sexual strength that takes them to the point of optimum satisfaction .Even when a woman cleans up after an intercourse, the energy is received only that she doesn’t retain it in a large quantity. Though, she might not possess what a man can absorb in the physical sense of it, she gives him part of her own strength as well from the pleasure and satisfaction he derives from shagging her.

It is an internal course that unites,joins or links a man to a woman in mind,body and soul; condom or no condom. Condom only protects against sexually transmitted infections,sexually transmitted diseases and unwanted pregnancy but not against the oneness created from the exchange of energy most especially when it is with someone you into. It is a form of giving that comes from within.

With sex,you are opportune to acquire a part of the other person’s soul and if the sexual relationship is a long term one,you find yourself becoming like the person. I didn’t quite understand what it means when I hear people say that a husband and wife look alike and which I have noticed as well. Ever wondered too? Even a boyfriend and girlfriend that have been together for a good number of years and are sexually active.

The realization dawned on me as I am writing this that it is because of the process of giving and taking of energy in sexual intercourse. And it has been shown that couples with good sex life are bound to have successful and blissful marriage. That is why it is vital that you think deeply when choosing a long term sexual partner and ask yourself if you would want to have a semblance with them.

Research has shown that sex is a form of exercise, and a rigorous one at that because the whole body is involved.  It is an exchange of vibration. You know the way you feel after an exercise? Knocked out, numb and drained. But the coming back of the lost energy is always like the proverbial bull that reverses to the back during a fight. Not for the fear of its opponent, but to regain its strength. That is the way it works with sex. You sweat ,feel exhausted and numb after being intimate. You will often hear people say things like I was totally knocked out or my brain was fucked out yesterday. Men, most especially blanks out after a good sex and wake up refreshed and energized. But please note that sex can never and will never take the place of going to the gym,jogging,yoga,etc. They both serve their purposes.