Women’s reproductive rights should not be seen as a priviledge or favour, but a fundamental human right. 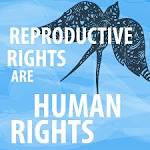 I was in total shock when I heard of her death and I couldn’t stop myself from weeping. Yes ,I wept at her demise and I still do internally whenever I remember how she died, pass by her shop or come in contact with her children. Wondering who I’m talking about?

Well, she is the woman from whom I used to buy pepper when she was alive. She was so hardworking, funny, and down to earth. She  was welcoming in her disposition as well that you would not think twice before buying from her even though there were others selling the same thing close to her shop. I can still remember her funny way of questioning me whenever I didn’t patronize her in a space of two weeks. She would say “Aunty Busayo, e fe ki n jeun abi? Sata mi o ta to ni abi mi o ki n fisi nto? Mo ti mo nkan ti maa se fun yin. Maa ko wa sile yin ni kele mo pe e n febi pami nigba te rata lowo mi.(Aunty Busayo, you want me to starve? Is my pepper not hot enough or the extra I add is not enough? I know how to deal with you. I will move into your house so you will know that I am starving because you have refused to buy from me).”  She would go on and on in her beautiful Ibadan accent.

I was very curious to know what could be the cause of her sudden death. And this made me go asking from her neighbours at her shop. The answer I got was a shocker. I was told she died from child birth complications. Child-birth what? Was she pregnant? But she already had six children,I questioned my informant. Her response this time was more shocking and this is where I am drawing the basis for this write up. I was told she got pregnant again because her husband wasn’t satisfied with six children. He felt she didn’t want to have more, either because she was financially better than him or having an affair. He therefore threatened to destroy her business by going diabolical and even marry a new wife should she refuse to have another child. She had no choice or so she thought than to give in to his demand. She was delivered of her baby through a Caesarian Session after which rose complications which later led to her death while the baby remains alive.

I learnt that the surgery spot burst open days after she was discharged from the hospital and she ended up bleeding to death. Nothing done at the hospital when she was taken back there was enough to keep her alive.

The woman from my narration above is just one out of the numerous women that have lost their lives or damaged for life in that manner all in the name of satisfying the desires of their spouses. I know many people may be asking why she gave in. You can even say it is ignorance and lack of self-love. It is also easy to judge her with her literacy level. Who says the learned women are not suffering from the same phenomenon. What if she had refused? Would she not have been tagged a bad wife who wants to be equal with her husband? How about the cultural and religious beliefs of the land that mandate a woman to always do the bidding of her husband with little or no consideration to how she feels about it or what effect it will have on her well-being. She is the one that must submit always without questioning.

Shouldn’t it be the decision of both parties in a marriage on the number of children they want to have? Why can’t a woman decide on the number of times she wants to get pregnant and experience labour pains and every other thing associated with child bearing? Some of these men will go as far as fighting their women dirty because she is on a family planning method as they see that as a means of having affairs. But when deaths occur after the woman might have subjected herself to such,the man will be still be living and enjoying his life. Tell me any act of selfishness that is greater than this.

Woman,when will you take charge of your life and destiny? Why will you cut your life in its prime because you want to satisfy a man? Will he not marry another woman as he threatened when you are no more? Will it not be better to have a rival and share the man than to lose everything to her as a result of your death?

I think it is high time the men and the society at large recognize the fundamental women’s reproductive rights. She has among many others the legal right to decide the number and the frequency at which she wants to have kids. She must also have access to information and means to do so. It is time we stop seeing women as just an instrument of child bearing. She is a woman,not a manufacturing machine. Even machines have their limitations that when you go overboard,it breaks down and refuse to satisfy your greediness.

Fellow women should also stop being enemies to their counterparts especially in-laws. It is not strange seeing women and most especially mothers-in-law waging wars against their daughters-in-law because she’s refused to birth more children. The issue of women’s reproductive rights shouldn’t be seen as one of ‘their cries for gender equality.’ And statements such as the one made by Martin Luther where he said that “if women die in child-bed, that does no harm. It is what they were made for” will no longer be condoned. Enough is enough! We are not made to die in our prime because we want to satisfy the greediness and selfishness of some men,culture or religious belief. We have the right to life.

By giving a woman freedom to decide how many children she wants and when to have them,we can improve better not only their lives ,but that of her entire family,community,the state and the nation at large considering the daily statistics of maternal mortality rates especially in the developing world.

Woman, you are free to choose a reproductive life devoid of violence,coercion and discrimination.

IT IS YOUR LIFE, NOT THEIRS.SO, LIVE FOR YOU.